We are developing a new approach coupling IR spectroscopy and mass spectrometry.

The new method (AIRLAB-MS) combines an atmospheric ionization device and a FTIR-Microscope. The two devices together will permit the use of nondestructive IR imaging to determine the region of interest and then using an ablation laser on this region the sample evaporates and will be fully characterized by mass spectrometry. 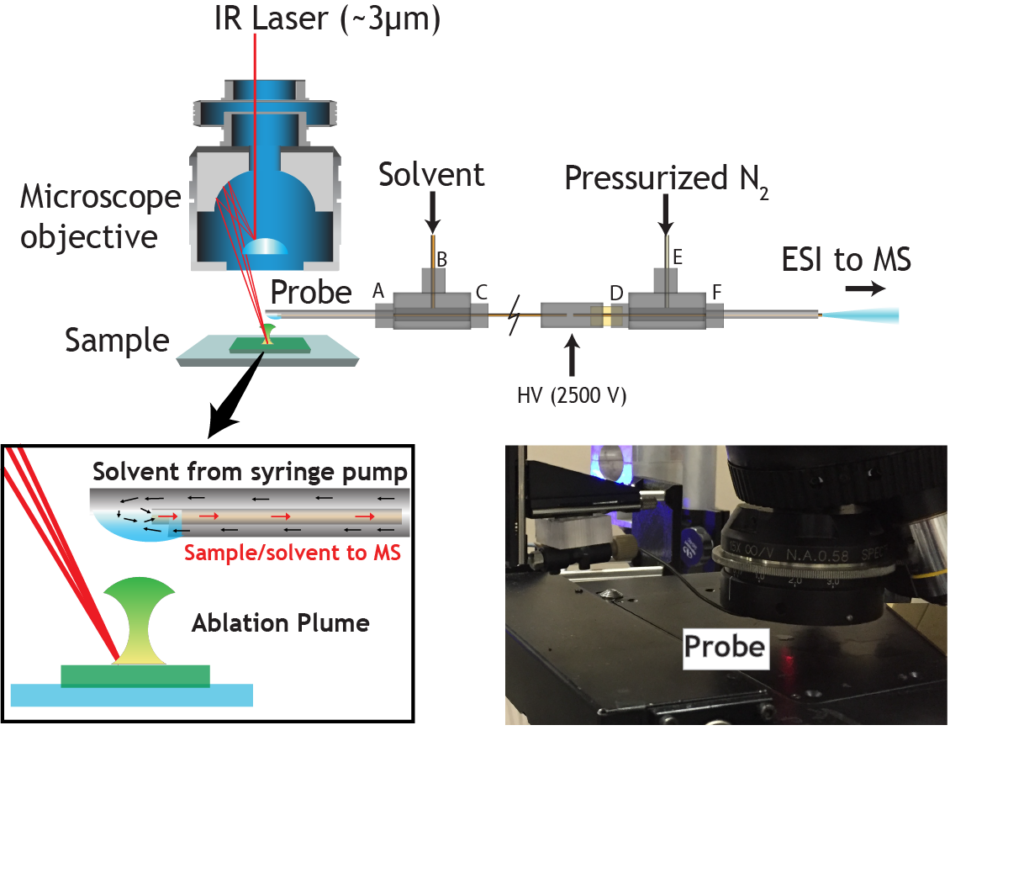 For that, an AIRLAB (for Ambient Infrared Laser Ablation Mass Spectrometry) has been installed into the infrared microscope of the beamline 1.4.4 at the ALS. This consist (See Fig 1) of an OPO infrared laser that hit the sample through the microscope. The high among of energy deposited leads to the creation of a plume composed of the sample material. This plume is caught by a liquid droplet (solvent) continually flowing to a macro-spray source that ionizes the sample. The generated ions are then identified by mass spectrometry (Q-Tof) 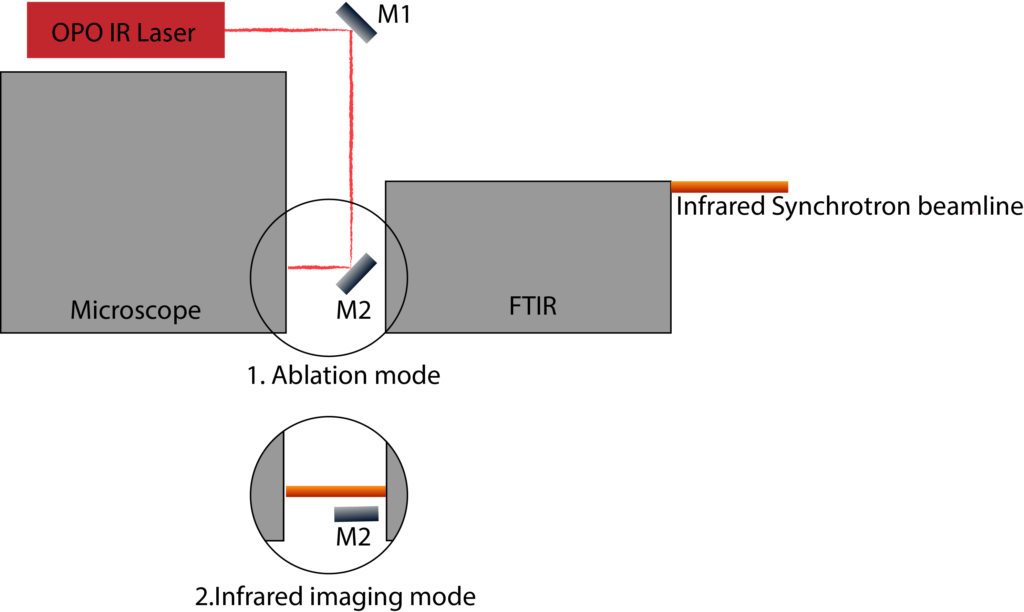 In order to change between Infrared Imaging (FTIR) and Mass spectrometry (by laser ablation) a motorize switch mirror is installed between the ablation laser and the FTIR, this allows to switch quickly between the two modes and the guarantee a perfect alignment of the two technics (See Fig 2).